The issue of food adulteration is one of national importance that has every possibility of leading to public health calamity if not addressed sternly and decisively. The issue needs to be taken on war footing and flagged off as ‘clear and immediate danger’ to public health at the national level. No epidemic or plague is as virulent as the problem of adulteration in food in the present times. Long term consumption of adulterated foods has serious and adverse repercussions on our internal health. Talking of adulteration, I am not referring to unhealthy or unhygienic foods, I am specifically talking about the systematic contamination and mixing of food items with inferior quality items or dangerous and harmful additives that is carried out as an organised business activity to extract pecuniary gains. For example, mixing of black pepper with tar, red chilli powder with brick dust, making paneer and soups artificially using thickening agents, using excess oxytocin in fruits and vegetables to make them bloat and gain weight overnight. Using antibiotic injections on chicken to make them stouter and gain weight. Ideally, there should be zero adulteration but in reality, we find adulteration in almost every food item that we care to eat. It is because we tolerate it that is why unscrupulous people resort to it. Adulteration is fuelled by insatiable greed and hunger for money even if it comes at the cost of innocent lives lost. 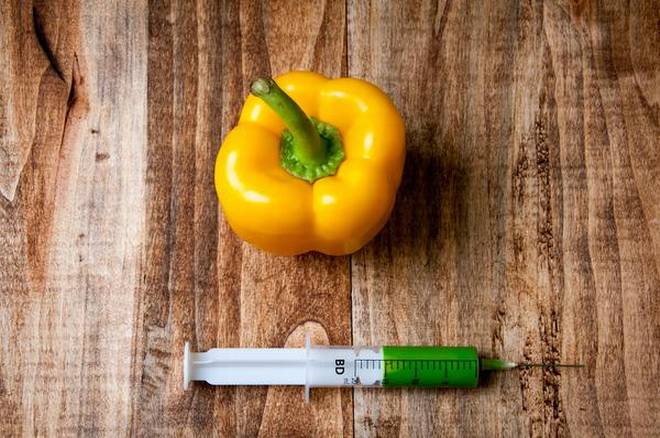 Various credible studies around the world as well as those in India have linked various types of cancers to consumption of adulterated and unhygienic foods. The inferior quality items that are used in adulterating foods are dangerous and lethal for our body organs that might suffer irreparable damage and fail sooner. Often poor are worst affected as they are not aware of the deleterious effects of this menace and also have no disposable resources to spend on fighting the diseases contracted due to food adulteration. In the end, it turns out that no amount of money spent in hospitalisation can bring people back into the pink of health. We the people as well as our government agencies have continued to keep a blind eye towards the issue far too long, may be decades together, and tolerated it ad nauseum. If we still continue to keep the same attitude then probably time would run out when something could be done to rescue the situation. Very soon it will assume dangerous, unmanageable and unimaginable proportions when most of us would have to live with compromised health parameters with reduced life expectancies.

The collateral damage of food adulteration does not stop here. There is a huge financial burden that our governments have to bear in terms of budgetary spending on providing healthcare infrastructure and facilities to people afflicted by consuming adulterated food. According to one estimate this figure could be as high as rupees two lac crores per annum. Come to think of this figure, how many dwellings, schools, hospitals could be constructed if we didn’t have to spend on totally avoidable reasons. Our fight towards curbing food adulteration requires similar kind of control efforts and sense of urgency as we are witnessing in fighting pollution today. The entire government machinery is geared up to controlling and reducing atmospheric pollution, be it vehicular emissions, power plant emissions, construction dust, crop and garbage burning, using fluid fuels rather than solid fuels, providing LPG connections to all households etc. etc.
Do you think a lot more needs to be done in this aspect so that this scourge can be thoroughly uprooted from the country? Join the national movement at #IndiaAgainstFoodAdulteration

Tags:
Previous Article
Food Adulteration – even worse than corruption (1)
Next Article
What is Time?

What is Time?
Chanakaya Jul 28