Corruption in the form of under table bribes and greasing palms of officials to secure a routine job is a big nuisance that is absolutely undesirable which you and I have to brave through each day in our lives. It is a source of much chagrin and displeasure that threatens to unsettle our mental state. However, there is something even more sinister and virulent than corruption. Do you agree with me when I say, adulteration in foods is even bigger nuisance than corruption? While corruption can remotely be associated with ill health or death, but adulteration in foods can directly lead to both, ill health and death of the affected people. Both, adulteration and corruption are the outcomes of perverted and deranged minds who have little concern about health and well-being of others. Intentionally adulterating edible good food with low quality substitutes or contaminating with inedible or non-edible synthetic items is the biggest crime that a person can commit. It is akin to murder that purports to take away lives of innocent and unsuspecting people. There are numerous cases that get reported each day in the newspapers and still we find that the administration and the governments are lackadaisical and apathetic to this scourge. The problem is so huge in proportion as well as reach that there might be no one outside its purview or left untouched. It is so widespread that it is absolutely certain it will lead to a big health calamity at the national level any time soon. It imposes a huge burden of disease on the governments in terms of healthcare costs in fighting bad health. Milk is adulterated with either water or other low-quality milk. You might have heard of synthetic milk that is manufactured using limestone, urea or paints. Adulteration is not just limited to food but other items too such as petrol. Just to make immoral and illegitimate profit for themselves, unscrupulous people have no compunction in playing havoc with the health as well as lives of others. We feel so awful about corruption and in similar manner we should not tolerate adulteration either, it is even worse than corruption. 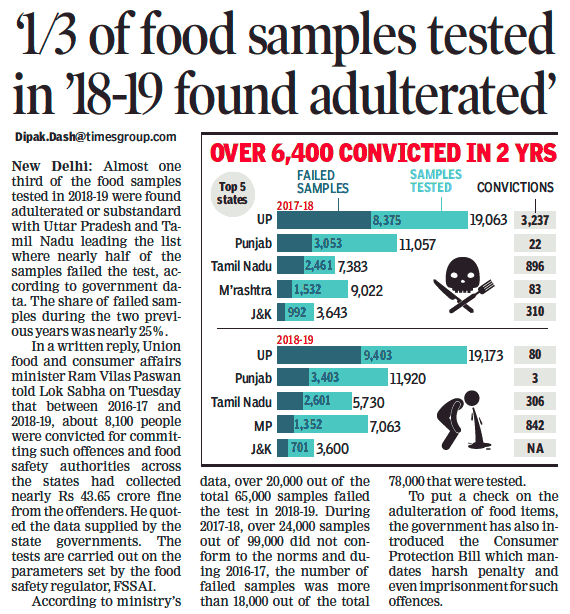 FSSAI or Foods Safety and Standards Authority of India is the nodal body that implements food safety standards and brings about prosecution of the offenders. The consumer protection act, has enough extant laws that prohibits and checks adulteration in foods. People resorting to adulteration, when caught, can be fined and imprisoned too. It has been observed that these laws cause no great deterrence to the offenders and they continue their malpractice with impunity and freedom from any repercussions. This also means that the fear of law is non-existent among the perpetrators as they connive and operate hand in glove with the food department officials and food inspectors. Let us now look at some figures that are doing the rounds in the media. At least one third of the food samples those tested in the year 2018-19 in the country were found to be adulterated or substandard and unfit for consumption. This figure jumped drastically to 50% in the states of UP and Tamil Nadu. Those arrested in the raids over a period of two years were 8100 and a fine of about Rs 43 crores had been levied on them. I wonder what will discourage the people in resorting to adulteration in foods. 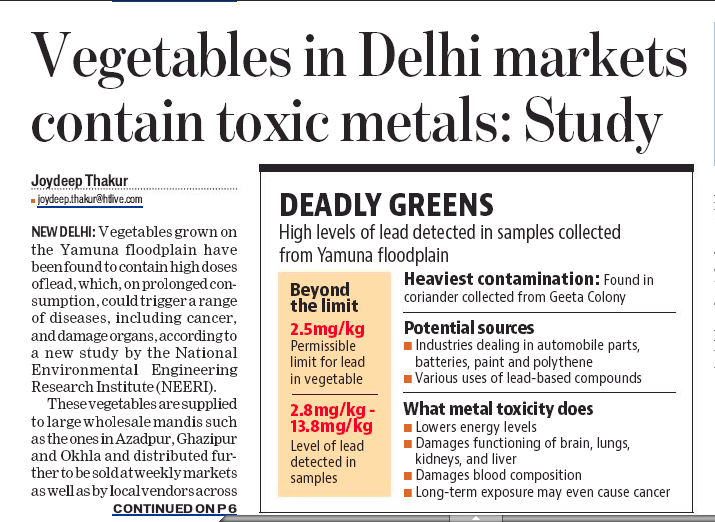 Do you think a lot more needs to be done in this aspect so that this scourge can be thoroughly uprooted from the country? Join the national movement at #IndiaAgainstFoodAdulteration

Tags:
Previous Article
What is Time?
Next Article
It’s elementary, my dear Watson!