Why is Pluto no more considered a planet?

Science
Tags: 1930, 248 earth years, 5 moons of pluto, 5.5 hours, 6.4 earth days, clyde Tombaugh, comparison between pluto and earth, definition of a planet, dwarf planet, IAU, ice and rock, International Astronomical Union, is pluto a planet, kuiper belt, moons of pluto, mysterious pluto, NASA, new horizons space mission, pluto is made of ice and rocks, size of pluto, temperature on pluto, the ninth planet, Why is pluto no more a planet, why was pluto demoted, why was pluto relegated

Why is Pluto no more considered a planet?

Pluto was discovered on 18th of February 1930 by American astronomer Clyde Tombaugh. At that time Pluto was classified as the ninth planet in our solar system located beyond Neptune, approximately 3.6 billion miles from the Sun. The distance of Pluto from the Sun is about 40 (39.8 AU) times the distance of the earth from the Sun. Among all the celestial objects in the solar system directly orbiting the Sun, Pluto is the ninth largest and tenth most massive known object. Like other celestial objects in its vicinity, Pluto is mainly made of ice and rock and has a surface of methane ice having temperature of – 223 degree centigrade. It is relatively much smaller than other planets and some natural satellites in the solar system. It is about one-sixth the mass and one-third the volume of the moon. The acceleration due to gravity on the surface of Pluto is approximately 0.68 m s-2 that is 1/15th that on earth. Its diameter is 1,440 miles and circumference 4,494 miles. Light from the sun takes 500 seconds to reach the earth while it takes about 5.5 hours to reach Pluto. Pluto goes around the Sun once in 248 earth years and its orbit is highly elliptical such that it periodically comes closer to the Sun than Neptune. One day on Pluto is equal to 6.4 earth days, which means that it rotates on its axis much slower than the earth. One peculiar thing about Pluto is that its orbit overlaps that of Neptune. In spite of this, there is a very remote chance of their collision due to stable orbital resonance between them. 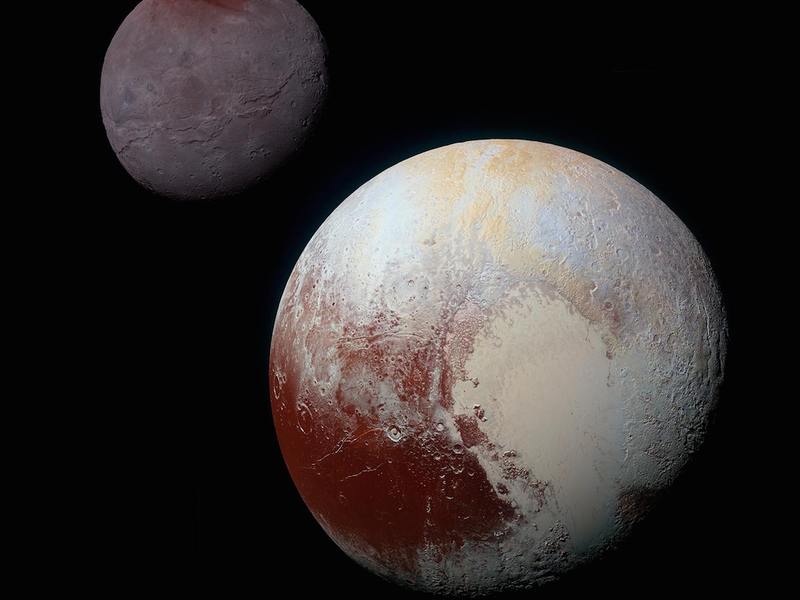 Pluto belongs to what is known as the Kuiper belt. The Kuiper belt is the zone beyond the planet Neptune that consists of a large number of celestial objects that orbit the Sun directly. The Kuiper belt is a distant region that has frozen leftover objects since the time of formation of the solar system. In a way, all these objects have some similarity with the planets. These numerous objects are asteroids, comets, dwarf planets, and other small solar system bodies that are also called as Trans-Neptunians (beyond Neptune). Tombaugh also discovered many asteroids around Pluto and even beyond. Only after 1992, doubts were raised on the status of Pluto as a planet following the discovery of many objects of approximately similar or even bigger in size in the Kuiper belt.

Let us now understand the strict definition of planet that the International Astronomy Union (IAU) adopted in 2006. According to their definition of a planet, an object is classified as a planet if it fulfills all the three conditions. Firstly, the object should directly orbit the sun. Secondly, the object must be massive that results in its round shape. It is the force of gravity that pulls all the particles of the object towards its centre of gravity and therefore the object acquires a round shape. Thirdly, the object must have a clear neighborhood and also it should be a dominant player in its orbit. This means that the object should have no competition in terms of size and mass from other objects. According to the new definition, a full-fledged planet is a one that directly orbits the sun and is large enough to have a round shape due to the force of its own gravity. In addition, in the neighborhood of a planet there should be no other massive celestial object. 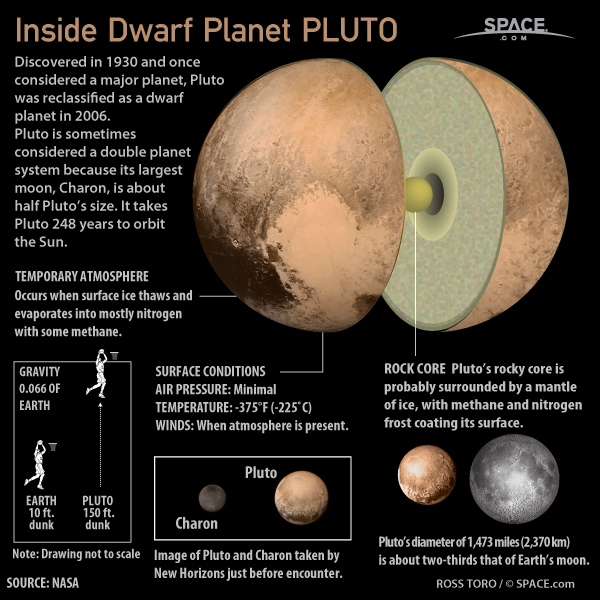 Until 2006 Pluto was classified as a planet. But something had begun to change in 2005. In 2005 another celestial object, called Eris, was discovered that was even more massive than Pluto, in fact, it was a good 27% more massive. Not only this, other big rocks just like Pluto were discovered in the trans-Neptune region in the Kuiper belt. With these discoveries, Pluto lost its moral right to be classified as a planet as it no longer was a massive object in its neighborhood. Therefore, Pluto could not fulfil the third and the final qualifying condition of the IAU accepted definition of a planet. Consequently, in 2006 in the 26th General Assembly of the IAU, hitherto planet was stripped of its status and relegated to the status of a dwarf planet. The new definition of a planet excluded Pluto and classified it as a dwarf planet.

Since 2014, media was rife with news about Pluto making a comeback in the list of planets once again after a gap of 8 years or so. What led to the news of its restoration as a planet? What necessitated the reclassification yet again?

Is it a planet or not? By any logical viewpoint, the size of a celestial object should not be a qualifying criteria under the definition of a planet but other stricter and defining parameters should be considered to classify planets. One reason why Pluto might not be considered a Planet is that since the orbits of Neptune and Pluto overlap, by that understanding both are neighbors and the dominant object comes out to be Neptune and not Pluto. Hence Pluto should not be classified as a planet. Another criteria to classify a planet should be the presence of moons or natural satellites. There are 5 moons of Pluto, hence it does qualify to be classified a planet. There had been a discussion between three professors at the Harvard University, Gingerich, Williams and Dimitar Sasselov, on 18 Sep 2014 and two among them Gingerich and Sasselov, agreed that Pluto should be a planet. Then a vote among the members of the audience also led to the same conclusion. There are voices now that demand the restoration of the planet’s erstwhile status. 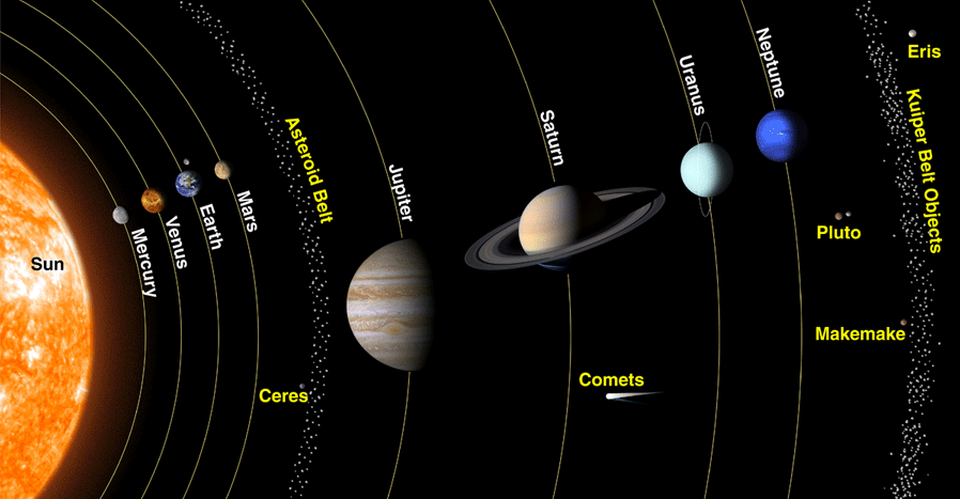 Since Pluto is located very far from the earth, it is not possible to observe it in good light from earth-based observatories. This is the reason why we never had good clear pictures of the planet until 2015. In the year 2006, NASA launched a space mission by the name ‘New Horizons’ that is an interplanetary space probe having the primary mission of studying the Pluto system and secondary mission of studying a Kuiper belt object (KBO) within a time frame of a decade. The space probe had been engineered by the Johns Hopkins University and Southwest Research Institute. On July 14, 2015 it flew 12,500 km or 7,800 miles above the surface of Pluto, making it the first spacecraft to explore the last of the planets. The first images have been received in 2015 and reveal that the surface of Pluto appears to be a mix of nitrogen ice, methane and carbon. The last of the data from New Horizons was received on 25 October 2016 and the space craft is now heading towards another Kuiper Belt Object and on 1 January 2019 it will make its encounter.

Tags:
Previous Article
The predicament of a new recruit
Next Article
Co-working spaces are the right incubators for nurturing talent