Science
Tags: arrow of time, general theory of relativity, measurement of time, multiple universes, nature of time, passage of time, spacetime, special theory of relativity, time and space are inextricably intertwined, Time began at the Big Bang, time can move faster, time can move slower, Time can stop, time is a fundamental quantity, time is a purely fictional construct, Time is an enigma, time is relative, time is the fourth dimension, time is the label on the events, timeline, unidirectional flow of time, what is the speed of light?, What is Time?

Even a child might tell what time it is by looking at his watch. To make matters a little complicated and fuzzy, allow me to rephrase the question smartly and guess what, we arrive at the most profound question to ever confront the mankind, what is time? Can you make an attempt to define time? Even the smartest of people on this planet cannot tell exactly what time is. You only tender a ‘time’ in answer to the question that starts with ‘When’. Believe me, the answer to this innocuous looking question is replete with all the mysterious as well as philosophical stuff that might transcend our personal intellectual boundaries. We might feel a gnawing need to expand our horizons in order to fully appreciate and comprehend what time is. It may mean almost the same thing to most of us but never quite getting close to defining it in real terms. Different people come up with their understanding of time but none matches exactly what it actually is, as you would find out for yourselves while you read further. 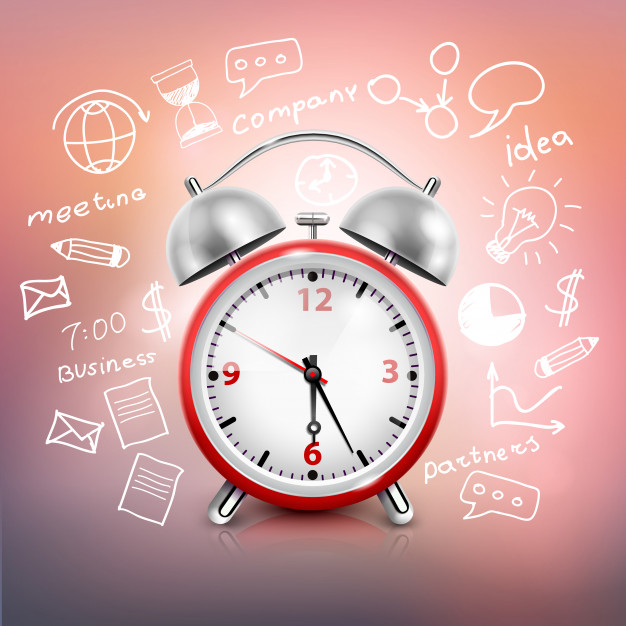 In the early days, natural philosophers devoted enough thought to understanding the nature of time including its need, purpose, absolute time, passage of time and measurement of time. They were confronted with the problem of addressing and referring to various events of the past as well as differentiating them. How would one recall a particular event out of so many that occurred in the past? There has to be a frame of reference which serves as a goal post from which the time of various events is measured. In the modern world we call it ‘the time line’. For example, the zero of the Common Era or 0 CE serves as the common reference point for all the events in the world today. Having understood this simple point, let us return to the original question, what is time? A simple answer would be that time is what governs our lives, what makes us wake up in the morning, work throughout the day and sleep during the night. It is the passage of time that ripens fruits, ages you and me, forms deep canyons, ice capped glaciers among many more. It is because of the passage or flow of time that a child is born. If a certain time period of approximately 9 months did not flow, how would a child be born? Time is what shows the progression of events from the past, to the present and into the future. Most people would say time is what a clock shows and nothing beyond this. Think again, is time just what the clocks show or something more deep and profound? Time has been ticking along all the time, long before humans had any knowledge of it. You may hold the hands of a clock with your fingers and still not come any closer to holding time stagnant at one value or place since time is ever flowing. No matter how sincerely you wish the time to stop, it keeps flowing without your permission, help or knowledge, whether you are deep asleep, busy playing or eating or watching a movie, time keeps flowing unlike any other thing you have ever known. Even the water in a river stops flowing at a certain point. Even if all the clocks in the world get destroyed, time would still move on and the beauty of it is that you can reset it and start afresh without much of a difference as if nothing really changed. In this case we might need another goal post to start measuring anew. Time is truly an enigma. Time can move faster and slower too. Therefore time is relative.

Do we need a clock for time to pass? Would time not flow if there was no clock? Even if there was no measurement of time, the sunrise and the sunset will happen just as they have been happening. Fruits will still ripen. Measuring time gives us an exact number about how old you are or when does a journey begin or end? On earth there is an inbuilt time machine in the form of seasons that follow one another. The turn of seasons, signal the elapse or efflux of certain period of time. What about the deep and dark universe, does time have any significance here? There are no visible signals that could be associated with the passage of time. Time appears to stand still as nothing changes. At this moment you might be inclined to think that time is a purely fictional construct having relevance only on earth and not in the entire universe. This is not so. All heavenly bodies including the stars and planets are in a state of constant motion in an ever-expanding universe. Also, the light from the sun and the stars continues its journey into deeper recesses of the universe at astronomical speed piercing eons of darkness in outer space. Therefore, to describe these phenomena, time becomes an important factor. Another question that assumes significance is, at what time rate is the universe expanding, how much in a year? 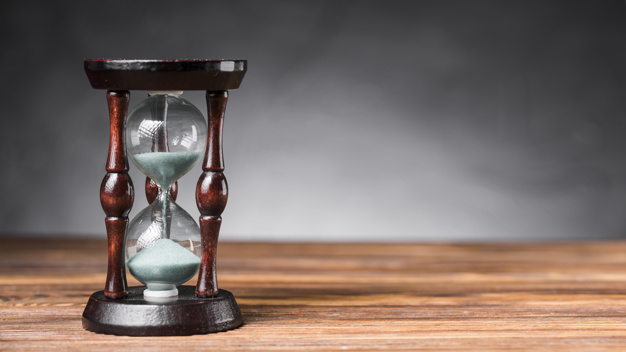 It is popularly believed that time flows in the forward direction only. Which means you cannot go back in the past, say in the year 1819 that went by about 200 years ago, even though both the labels 1819 and 2019 are purely manmade references. This might open up another arena called as time travel and the concept of ‘worm holes’ both of which, as of today, are hypothetical constructs and many science fiction movies have been made on this theme. These are fiction today but might not be so in future. The scientists call this unidirectional flow of time as ‘the arrow of time’, pointing in one direction only. It is because of the arrow of time that the present is so different from the past and the future is so different from the past as well as the present. You cannot make time travel backwards. Why is it so? For time to travel in the backward direction all the events of the past would have to be recreated, i.e. repeated in the reverse order. In a manner similar to rewinding a movie in the play mode. Can the real-life events be deconstructed in the reverse order? This is clearly an impossibility. For this very reason, even if the hands of a clock move in the anticlockwise direction, nothing ever changes in the physical world. 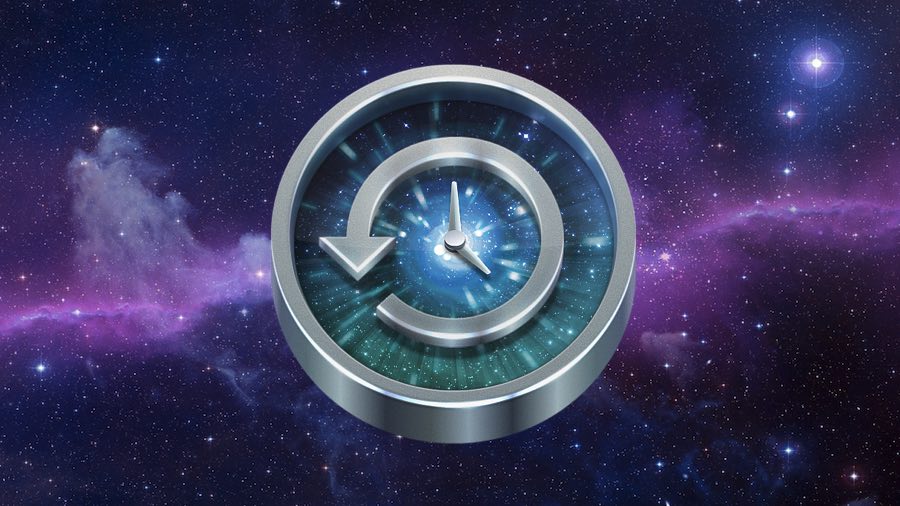 How does science view time? Time is the fourth dimension that solves most of our problems in science connected with the occurrence of events and answers the questions like ‘When’ or ‘How long does it take to…’. It was an absolute piece of genius on part of the person who invented time, having the perspicacity and clarity of thought to recognise the need for a missing fourth dimension that could make our study more cohesive and complete. In that sense, time can be viewed as a label on individual events that occur in the universe at a particular place having specific spatial coordinates (x, y and z). It is time that makes an event happen and it is time again that stops all the events in the universe to happen simultaneously. In other words, it is time that makes events to occur distinctly. The clocks help us in defining and quantifying the duration of time interval. In the language of physics, time is referred to as a fundamental quantity just like length, mass, amount of substance, temperature, charge and luminosity. As mentioned above, time is the fourth dimension while the first three are the dimensions of physical space or the coordinates of empty space. The importance of time was greatly understood when Einstein realised that he was unable to propound the general theory of relativity in the absence of a good framework of something so essential and basic such as the space and time continuum. Einstein realised that space and time are actually inextricably intertwined with each other, one cannot be separated from the other. When coordinates of space change, so does the essence of time. Near massive objects, the spacetime slowed down as compared to lighter objects. Time, day and date help us in referring to a particular event in a manner that is understood by all. Is it all that is needed to refer to an event? No, we need a mention of the place of the event as well or in other words the coordinates of the physical space that hosts the event. The coordinates of the physical space along with the time label constitute the spacetime.

How much back in time do we know about our universe? The physicists have a good understanding of the events of the past till the time of occurrence of the great event called as the Big Bang. It is here that all our measurements of time began. We have no understanding of what happened before the Big Bang. So, it is convenient for us to begin our ‘time line’ at this very juncture. There are all the possibilities that there might have been another universe or even multiple universes that coalesced just before the Big Bang. We do not yet know that for sure but it is a possibility that we cannot rule out. Only time will tell.