You might not concur with me that growth is a necessary evil. What you will definitely agree is that growth is necessary but may not find anything evil about it. Right? Why I call growth as necessary as well as an evil, will be evident from the discussion that follows. Let us start by understanding what growth is, not in the bookish or an academic manner but in most practical terms so that even a layman would have no difficulty understanding. Most of us understand growth as an increase in value or a number. If this increase is visible and quantifiable then growth is objective rather than being subjective based on feelings and perceptions. However, it may still be debatable whether it conforms to the laid down goals and objectives to be achieved in a particular time frame. Hence, we introduce two more parameters which are the ‘set goals and objectives’ of an individual or a company and ‘an exact time frame’. Hence our final definition of growth becomes, growth is an increase in a value or a number as per the set goals of a company in a particular time frame, say one financial year. No more does it remain an abstract quantity as we started with, it is very much a deterministic quantity. For example, the revenue of the company grows at the rate of 20 % over the previous year or the salary grows at a rate of 15 % for the top-rated employees of a particular company post appraisal. Similar treatment can be applied to the country’s income and the cost of goods and services sold i.e. the GDP. At what rate is the country’s GDP growing? 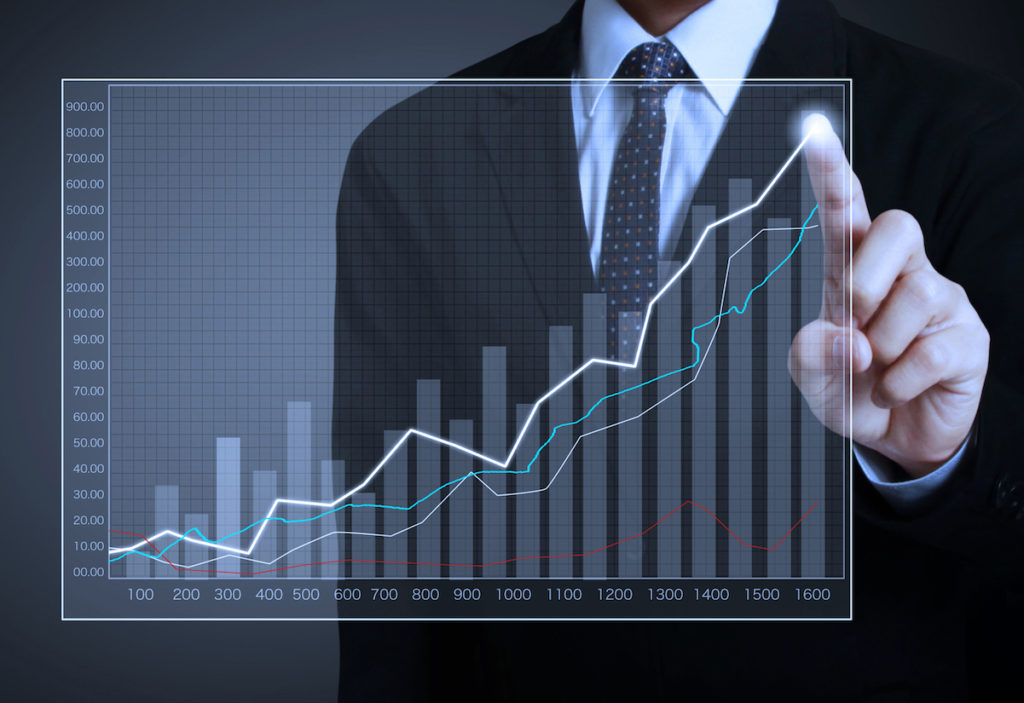 Unfortunately, nowadays the GDP growth has fallen prey to competitive politics in India as well as elsewhere. Political opponents constantly eulogise their own GDP growth rate figures while they were in power and undermine that of their adversaries even while these are pure numbers amenable to objective comparison. Where’s the subjectivity? Both the prominent political parties are locked in a slugfest over whose growth was better or simply put they are trying to secure one-upmanship over the other. Changing goal posts arbitrarily in terms of ‘base year’ to calculate the growth figures is a sinister way to cheat public at large and at the same time escape their own inaction or tardiness. If you change the base or comparison year to a year that is not so good for economy like the one following demonetisation and implementation of the GST, you might conjure up highly optimistic and inspiring future growth rates without boosting the economy in the real sense. This way one can rewrite one’s own growth story displaying fancy numbers that are both awesome as well as misleading at the same time. The reader is left to wonder why in spite of the numbers being so impressive, the same optimism is not visible on the ground. There lies the irony in all that the governments do in the election year to impress and influence gullible electorate. Is it all air? Quite naturally so! To double check this outcome, you could recalculate the growth figures by reverting to the old base year and see if the claims are any true. It is only then that you realise there was hardly any growth at all or shockingly enough there was a negative growth. Only a handful of the erudite will be able to make out the subtle machinations whose sole purpose was to mislead. So, the moot question we should be answering is this: forget the numerical figures, does the sentiment reflect on the ground and can a comparison be made in a qualitative manner rather than just sticking to pure numbers? In such situations, you should not let yourself be taken for a ride and judge things in perspective. Do you feel more confident in today’s environment compared to previously? Would you go for more investments with high hopes about a better future? You need not reply openly as the answer resonates loud and clear inside your heart. True? 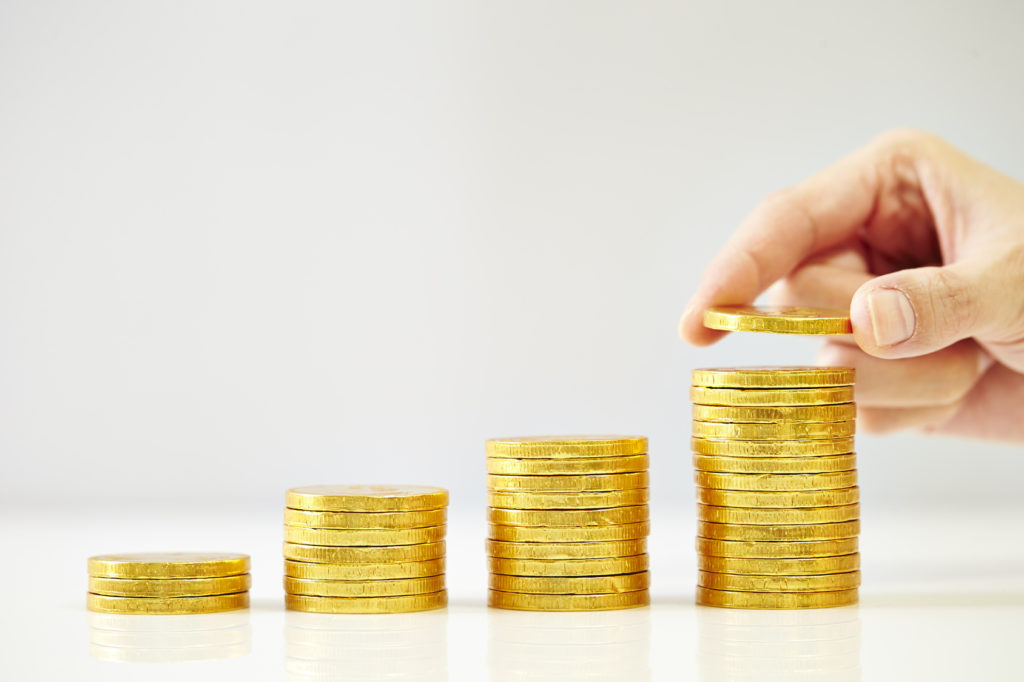 Growth is understood to be highly elusive as it is a complex outcome of a number of factors that go into its determination. Also, it is dependent on a number of factors controlling which might not be an easy affair. For this reason, it evades an exact forecast. Another point to be considered is that growth is relative. An absolute growth rate of 6.8 percent might not mean much to you if you consider that the average growth rate of the world economy is, say a mere 3.2 percent. Hence a relative measurement or a direct comparison makes it more worthwhile to appreciate the importance of a particular figure. While clocking a higher growth rate is always desirable, but focussing only on maintaining a higher growth rate without doing away with major inconsistencies and removing bottlenecks will not do any good to anyone in the long run. Cleansing the economy of the evils might hurt us in the short run, nevertheless it should be our top priority even if we have to contend ourselves with a lower growth rate in the near term. Implementing GST and going in for major land and labour reforms might lead us to a lower growth rate in the short term but hold greater promise for a brighter future.

[ Also Read : Private profit is injurious to you and your health ]

Also, getting rid of the illicit and illegitimate wealth should be a major thrust area for our political class. A few years back, we used to hear every single day of some scam or the other involving humongous sums of money siphoned out of the public coffers. It seems that self-aggrandisement was the only principle that was followed religiously by the politicians. Probably this is why we, the common people, do not get good roads, schools, infrastructure like parks, museums, markets, railway stations, airports etc. even decades after winning freedom. It is because of illicit money pumped into markets that the costs of almost all items keep rising as it is single most important factor that drives the costs upwards making it out of reach of the common people. Corruption in all forms is highly condemnable and undesirable too. We lose much of our personal money earned through honest means to corrupt practices such as bribes, be it school admissions, taking a public service or securing a business contract. In any economy or a country, great premium should be attached to clean money and clean deals. Honest people should be rewarded and simultaneously the dishonest punished. When this is done interests of the corrupt are hurt and those of the honest are protected. 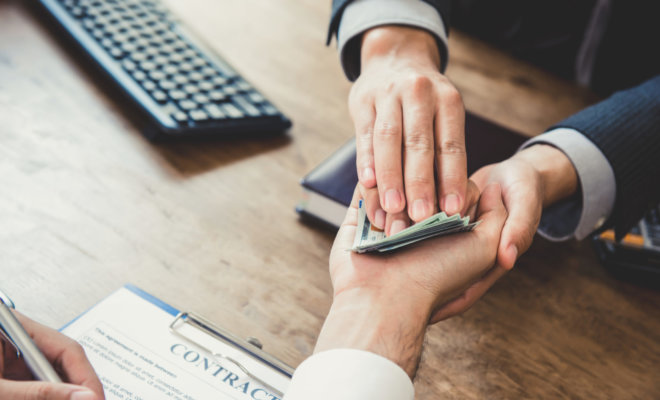 We do understand that growth rate through corrupt ways will always be more than that with honest means. We should give honesty a chance before the animal called corruption devours us in one big gulp. Therefore, the choice between the two is largely up to us, whether we want an 8 pc with corruption or a 6.5 pc without corruption?

What is your take on this? Agree or disagree?

Tags:
Previous Article
Normal Temperature and Pressure (NTP) are nowhere to be seen
Next Article
Will robots rule us

Will robots rule us
Chanakaya Nov 20